THE IMPORTANCE OF ODOUR 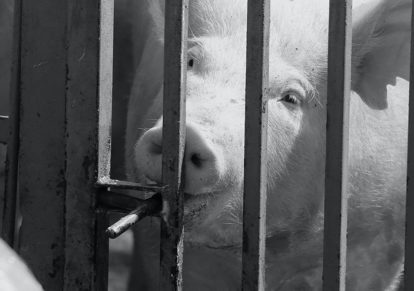 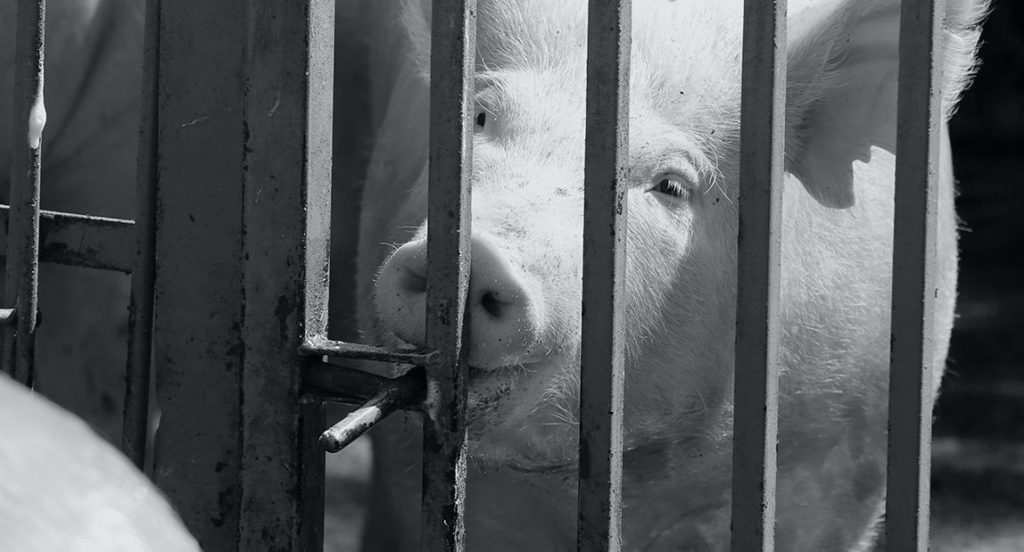 A live mature boar provides a large array of stimuli, among which the olfactory stimuli play
a major role in oestrus behaviour.¹ 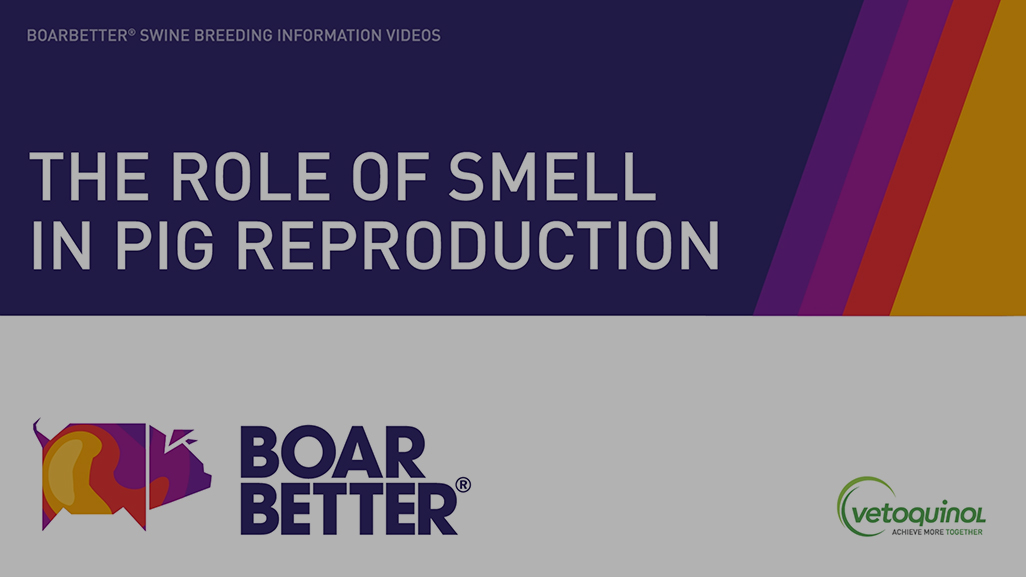 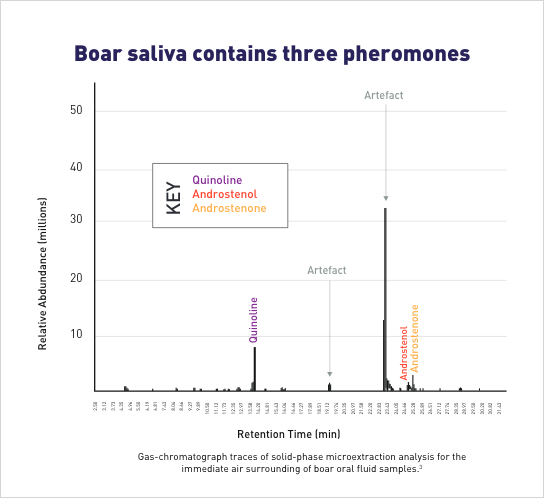 A pheromone is an excreted chemical factor that triggers a social response in members of the same species.

For many decades, the signal from the boar’s olfactory molecules that elicits behavioural signs of oestrus in sows was thought to be only provided by two pheromones: Androstenol and Androstenone. Recent work has shown that a third volatile molecule named Quinoline is also present in boar saliva and shows a pheromonal effect that acts synergistically with Androstenol and Androstenone to achieve the maximal sexual behaviour in oestrus sows.²

The sexually mature boar emits three pheromone molecules in his saliva. These are transferred to the sow through close contact. The pheromones are transported to the main epithelial organ, a patch of sensory cells within the main nasal chamber, where they are recognized by specific receptors.

The olfactory sensory neurons transform chemical signals into an electrical signal which is rapidly conveyed to the central nervous system.

One given receptor specifically recognizes one given chemical structure. The maximal sexual message is conveyed to the brain if all three types of receptor is stimulated. 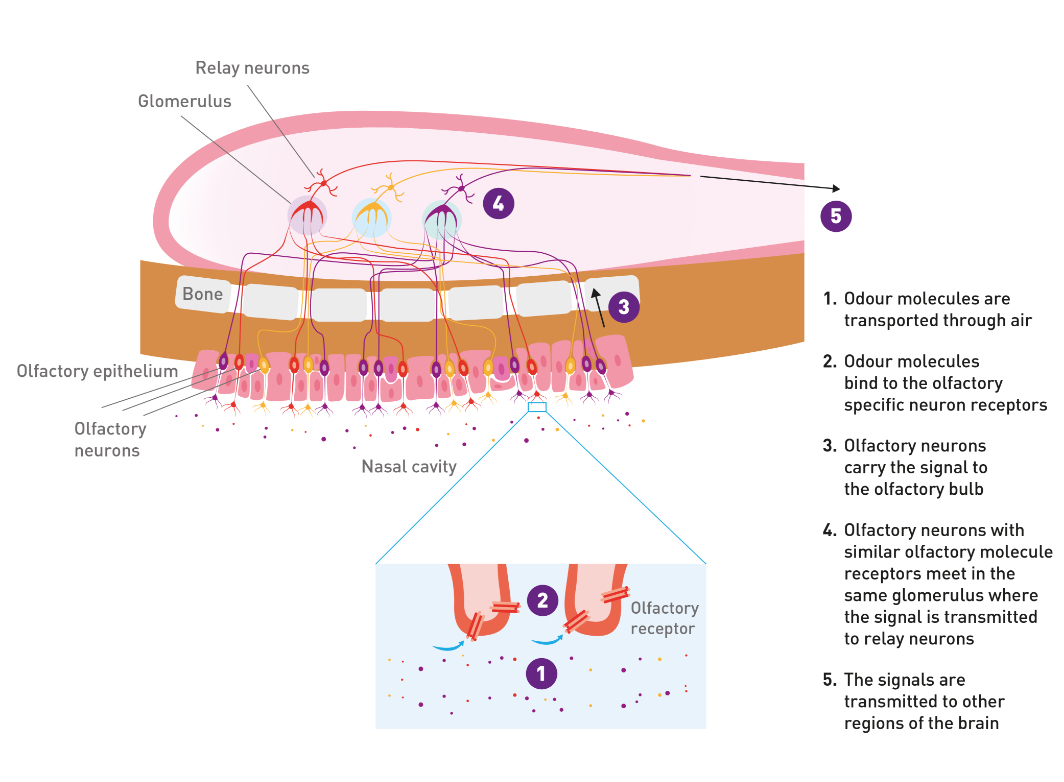 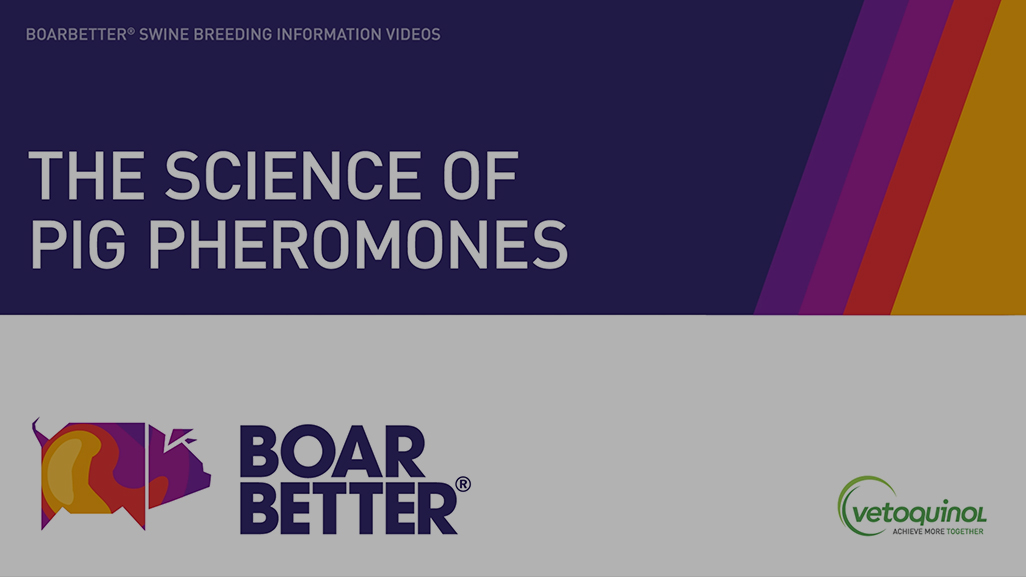 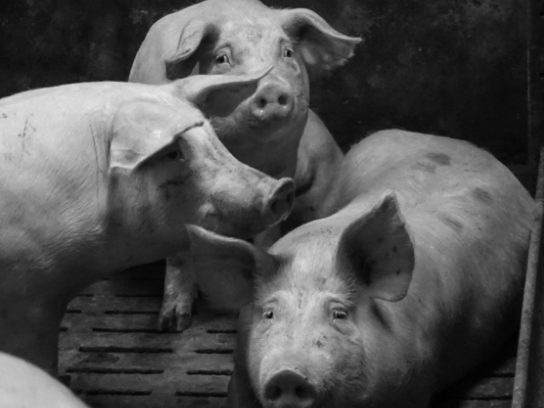 THE RISKS OF POOR HEAT DETECTION

“There is no doubt about the heat after applying BoarBetter. Those who are in heat are locked up.”

“BoarBetter helps sows who are not reacting to the boar, by stimulating them to express their heat behaviour – enabling you to detect heat better across the sow batch.”

“In my breeding management, I chose to use BoarBetter on all first parity after the boar has passed through. Detection is easier because the signs of heat are clearer.“

“BoarBetter’s odour is very similar to strong-smelling search boars. The sows have a higher response with Boarbetter compared with a single commercial pheromone product. The best way to implement the use of Boarbetter in the daily routine might be a puzzle.“

your browser is too old, please use Firefox, Edge or Chrome Download.

We use cookies on our website to give you the most relevant experience by remembering your preferences and repeat visits. By clicking “Accept”, you consent to the use of ALL the cookies.
Cookie settingsACCEPT
Manage consent

This website uses cookies to improve your experience while you navigate through the website. Out of these, the cookies that are categorized as necessary are stored on your browser as they are essential for the working of basic functionalities of the website. We also use third-party cookies that help us analyze and understand how you use this website. These cookies will be stored in your browser only with your consent. You also have the option to opt-out of these cookies. But opting out of some of these cookies may affect your browsing experiences.
Necessary Always Enabled

Any cookies that may not be particularly necessary for the website to function and is used specifically to collect user personal data via analytics, ads, other embedded contents are termed as non-necessary cookies. It is mandatory to procure user consent prior to running these cookies on your website.